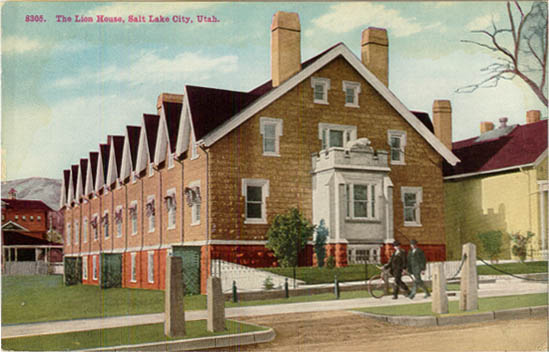 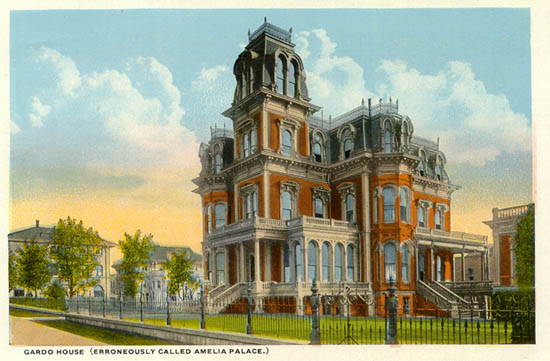 Join Lindsay as she discusses three famous homes integral to the history of Utah polygamy- the Beehive House, the Lion House, and the Gardo House. 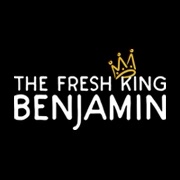 This was so interesting! I’m heartbroken about the Gardo house. I lived in an old house in Maryland that we saved from demolition, funny enough, by the LDS church! They owned the house, which was built as early as the 1840s, and wanted to build a chapel there. My parents staged a neighborhood protest to keep the building from being demolished. The church finally agreed to sell us the old house as long as we moved it off the property, so we did! We plopped the 4-story Victorian on some airplane wheels and verrrrry slowwwly moved it next-door onto a new foundation. Then we spent the next 10 years fixing the house, stripping wall paper, installing plumbing and electricity, modernizing the walls and ceilings, and falling in love with the old house. We were devastated when we had to leave to move to Utah. Now my heart breaks every time I hear about an old house that got mowed down.

Great episode Lindsay, may I offer a couple of clarifications?

You mentioned that Brigham’s first wife Miriam died in Nauvoo. She actually died shortly after she and Brigham arrived in Kirtland, Ohio in 1832 or 1833 (Sorry, I’m at lunch and I am going off of memory).

Also, when speaking of the Gardo house being built you referenced one of Brigham’s daughters Susa Young Gates. I may have heard the podcast wrong, but it sounded like you said Susan. Just in case anyone else heard it wrong like I did I figured I would throw that out there.

A couple of fun Lion House

Once an actual lion, a mountain lion, got into the lion house. It cornered one of Brigham’s daughters, Susa Young, who was 7 and her baby sister Rhoda in a room in the first floor. Everyone was quite scared but got out alright.

In the late 1950s early 60s the Church was going to raze the Lion House and put an important parking lot where it was. Florence Jacobsen, the Young Womens president, did something women are discouraged from doing, she stood up to 5he First Presidency and said no. She went to Henry Moyle, a counselor to David O McKay and challenged him stating that he only wanted to destroy it because it reminded the world of Polygamy and he was embarrassed by it. He admitted that she was correct. Shortly after that he died and Jacobsen convinced the First Presidency to preserve the Lion House. More details here:

Of course, what a magnificent blog and revealing posts, I definitely will bookmark your site.Have an awsome day!

I like what you guys are up too. Such intelligent work and reporting! Keep up the superb works guys I’ve incorporated you guys to my blogroll. I think it’ll improve the value of my web site :).

I just couldn’t depart your website prior to suggesting that I extremely enjoyed the usual information an individual provide on your guests? Is going to be again continuously in order to check up on new posts

Do you believe past life hypnosis? Do you think past lives regression is real?

A further issue is that video games are usually serious anyway with the main focus on knowing things rather than enjoyment. Although, it has an entertainment aspect to keep your sons or daughters engaged, each and every game is frequently designed to improve a specific set of skills or curriculum, such as mathematics or scientific disciplines. Thanks for your publication.

Do you have a spam issue on this site; I also am a blogger, and I was wanting to know your situation; many of us have developed some nice procedures and we are looking to exchange techniques with other folks, please shoot me an email if interested.

I see that you are using WordPress on your blog, wordpress is the best.’;\’:.

I am often to blogging and i really appreciate your content. The article has really peaks my interest. I am going to bookmark your site and keep checking for new information.

When I initially commented I appear to have clicked the -Notify me when new comments are added- checkbox and now whenever a comment is added I receive four emails with the same comment. Is there a way you can remove me from that service? Appreciate it.

You have made some really good points there. I looked on the web for more info about the issue and found most individuals will go along with your views on this website.

Oh my goodness! Awesome article dude! Many thanks, However I am experiencing difficulties with your RSS. I don’t understand why I can’t join it. Is there anyone else getting the same RSS issues? Anybody who knows the solution can you kindly respond? Thanx!!

Everything is very open with a clear clarification of the issues. It was truly informative. Your website is very helpful. Thanks for sharing!

You should take part in a contest for one of the best websites on the net. I will recommend this web site!

Oh my goodness! Amazing article dude! Many thanks, However I am experiencing troubles with your RSS. I don’t understand why I am unable to subscribe to it. Is there anybody else having similar RSS issues? Anyone who knows the solution will you kindly respond? Thanx.

Good information. Lucky me I discovered your blog by accident (stumbleupon). I have saved as a favorite for later!

A different issue is really that video gaming became one of the all-time largest forms of fun for people of every age group. Kids participate in video games, and adults do, too. Your XBox 360 is probably the favorite gaming systems for folks who love to have a lot of video games available to them, plus who like to experiment with live with other folks all over the world. Thanks for sharing your opinions.

I blog often and I genuinely thank you for your content. This great article has truly peaked my interest. I’m going to book mark your website and keep checking for new details about once per week. I subscribed to your Feed as well.

Greetings! Very useful advice in this particular post! It is the little changes that make the most important changes. Thanks for sharing!

An intriguing discussion is definitely worth comment. I think that you should publish more about this subject matter, it may not be a taboo subject but generally folks don’t speak about these subjects. To the next! All the best.

This web site truly has all of the info I needed concerning this subject and didn’t know who to ask.

Can I simply just say what a relief to uncover an individual who truly knows what they are talking about on the internet. You definitely realize how to bring a problem to light and make it important. A lot more people need to check this out and understand this side of the story. I was surprised that you are not more popular since you certainly have the gift.

Everything is very open with a really clear clarification of the challenges. It was truly informative. Your website is very useful. Thank you for sharing.

An intriguing discussion is worth comment. I do think that you should write more about this issue, it may not be a taboo matter but usually people don’t talk about these issues. To the next! Cheers.

An impressive share! I’ve just forwarded this onto a colleague who had been doing a little research on this. And he actually bought me dinner simply because I discovered it for him… lol. So allow me to reword this…. Thanks for the meal!! But yeah, thanx for spending the time to talk about this topic here on your web page.

Pretty! This was a really wonderful article. Many thanks for supplying this information.

Very good info. Lucky me I recently found your site by accident (stumbleupon). I’ve book-marked it for later.

FreeSpinner is designed to help you with writting all the blog posts that you need.

I could not resist commenting. Well written!

This page truly has all the information I wanted concerning this subject and didn’t know who to ask.

fantastic issues altogether, you simply won a emblem new reader.
What would you recommend in regards to your post that you made
some days ago? Any certain?

Very beneficial specifics you’ll have mentioned, thanks a lot for setting up.

Great info. Lucky me I found your site by accident (stumbleupon). I’ve book marked it for later.

Great line up. We will be linking to this great article on our site. Keep up the good writing.

I need to to thank you for this great read!! I absolutely loved every bit of it. I’ve got you book marked to look at new stuff you post…