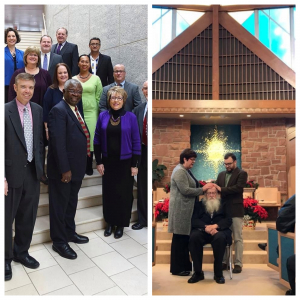 Join Lindsay as she interviews three prominent members from Community of Christ (formerly RLDS) about their history, church, and beliefs.   Links mentioned in this podcast: