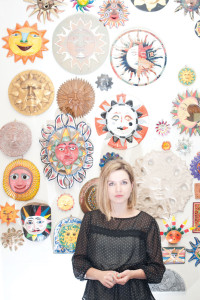 The Year of Polygamy podcast started out as a weekly series for the Feminist Mormon Housewives Podcast. Due to its national popularity, this site has been created as a better way to manage these important Mormon histories.

For over a decade, Feminist Mormon Housewives, a blog NPR’s Krista Tippets called “legendary”, has published essays on subjects pertinent to Mormon women. Ranging from ridiculous tales of the drudgery of homelife to heavy hitting religious critiques and feminist theory, FMH has been a bright spot that readers could turn to when they felt alone in their local wards. Since 2013 The FMH Podcast has taken those same topics and tackled them through the new medium of podcasting by hosting panel discussion, monologues, and Lindsay Hansen’s searing and provocative historical research series, The Year of Polygamy. Over the course of 75 episodes Hansen takes research hidden away in archives, brushed aside by religious authorities, left out of official histories, written professionally in abstracts and journals, and compiles it all in a narrative respected by leading historians and compelling enough to interest any casual listener.The series follows the Mormon faith through the lens of “The Principle of Plural Marriage” from its genesis in 1831 with its originator Joseph Smith, through the hidden history and governmental pressure, to today and contemporary practicing Fundamentalist Mormons. For the first time polygamy is dissected through a feminist viewpoint, with attention given to the experiences of the women, women who sacrificed everything and suffered long and are never mentioned in museums or landmark tours. Their experiences, along with interviews with experts, sc 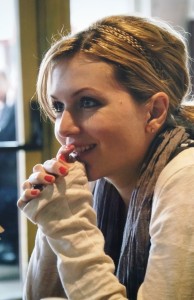 holars, historians, and those still affected directly by the practice, paint a new portrait of how the west was shaped, by the hard work and toil of these invisible women, hidden away through controversy. Through Hansen’s careful work, we see how the practice of polygamy affected every aspect of the LDS church’s formation and is still a shadow hanging over the church, visible in it’s approach to marriage, the role of women, and the temple ceremonies. Instead of the historical footnote 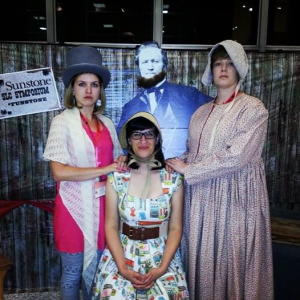 polygamy is often treated as, Hansen shows how this practice, started in secret and a direct cause of Joseph Smith’s death, responsible for driving the saints to Utah, and then outward again to Mexico and Canada, the root of power struggles both in the church and out, the cause of suspicion and eventually violence including the Mountain Meadows Massacre, was an instigator to most of the history of American West. For the first time, The Year of Polygamy shows how the west was settled not only to claim land and mineral rights, but in a very real way to control the bodies and sexuality of women in a way that reverberates today.

About the podcast: Hansen-Park pulls from sources all over Mormon studies, including top-notch scholarship and primary sources. While her work is not original research, she weaves together the stories that have been told to bring you a consolidated history. Sources are usually cited either verbally or in the body of the post, but you can expect her to pull directly from peer-reviewed research. We encourage you to look at the sources listed and do your own work and support the scholars in Mormon Studies doing this work.     About the host:  Lindsay Hansen-Park is a women’s rights activist, a feminist blogger, and an advocate against gender violence. She co-founded Utah For Congo to raise awareness for post rape survivors and is currently heavily involved in the Mormon Feminist movement. Lindsay is the Assistant Director for the Sunstone Education Foundation and the founder of the Feminist Mormon Housewives Podcast. She blogs for FeministMormonHousewives.org about women’s issues. Her work has been referenced by the New York Times, the Wall Street Journal, NPR, Quartz Magazine, and many other Utah publications.    She and her family live in Stansbury Park, Utah where she raises three beautiful kiddos, gardens, and rages against the machine. 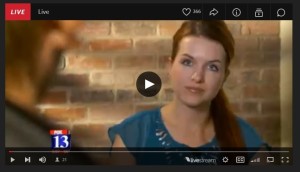 Where Lindsay’s work has been quoted or referenced: Articles Lindsay’s been quoted in: Interviews Lindsay’s done:   Articles that cover the organizations and work Lindsay is involved with:   Lindsay’s Published Works:     Read more about her background and motivations here.